Click here to see our 2020 newsletter which gives you the highlights of some of our research.

Thank you for taking part in the age 45 assessment phase- another record breaking success with 94% of all Study members still alive seen. We finished the final assessment on 1st April 2019 almost exactly two years after we started (3rd April 2017). Almost all of you also participated in the Brain MRI scans. The research teams are now making good use of the data.

If you have recently moved or changed your contact details, please phone or email us. Alternatively, please complete and return by email the contact information form so we can update your details. 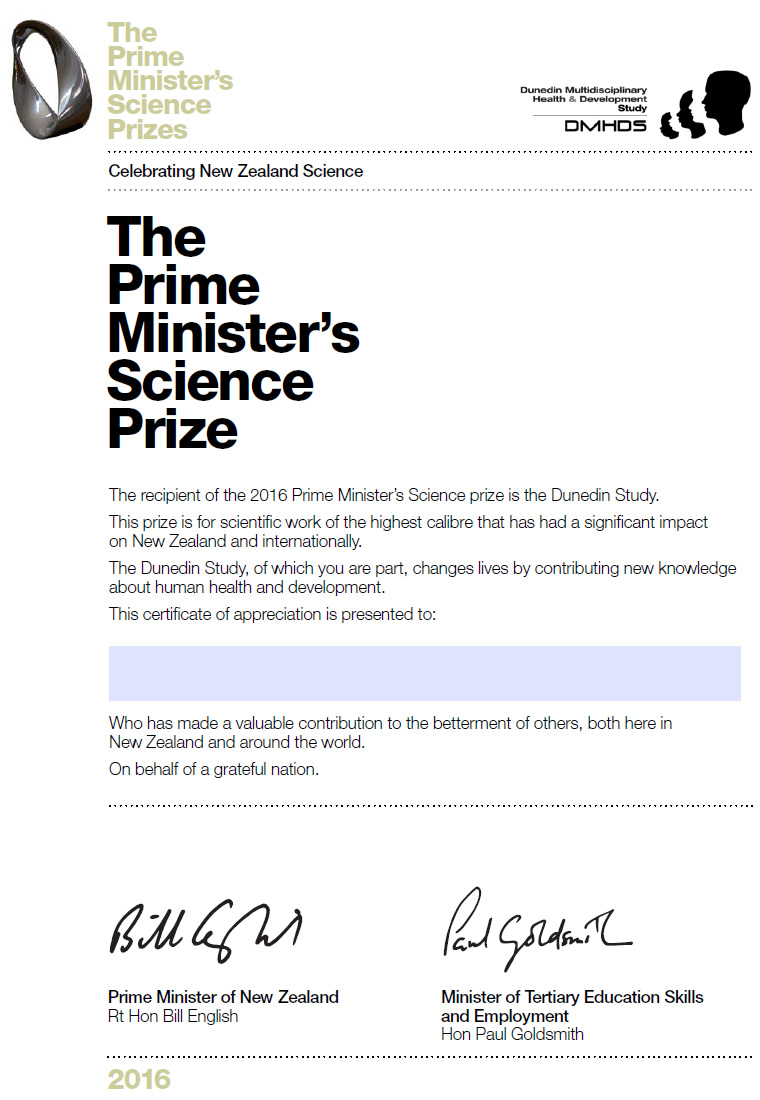 Demolition of the Barningham Building commenced on 16 December 2015 to make way for the new Dental School redevelopment. 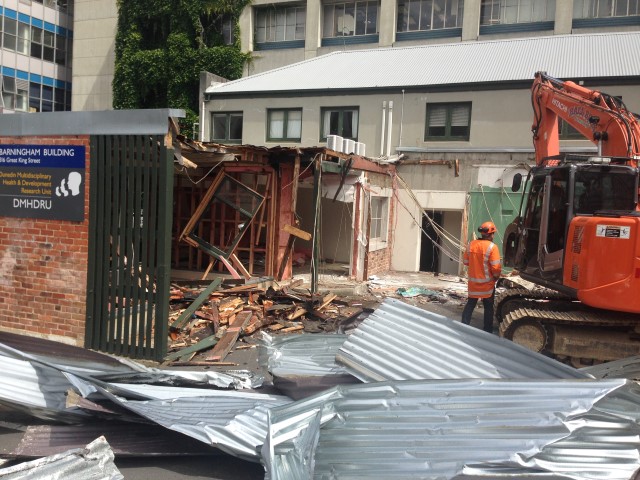 At long last the Dunedin Study has its own, purpose-built building which was officially opened on 25 January 2017 by Tertiary Education Minister, the Hon. Paul Goldsmith.

The new building, on the corner of Union Street and Anzac Avenue, is designed, first and foremost, with Dunedin Study members in mind. Because Study members’ identities are never revealed, the building has a private entrance, private parking, and a discreet street façade. The ground floor is dedicated to research, and includes interview rooms and specialised testing areas, and, most importantly, a lounge and courtyard area especially for the Study members. This area has appropriately been named "The Phil Silva Research Suite" in honour of the Study's Founding Director. The first floor has offices and meeting rooms for researchers and support staff. Study members have enjoyed a whole new experience when they came to the Unit for their age 45 assessments!