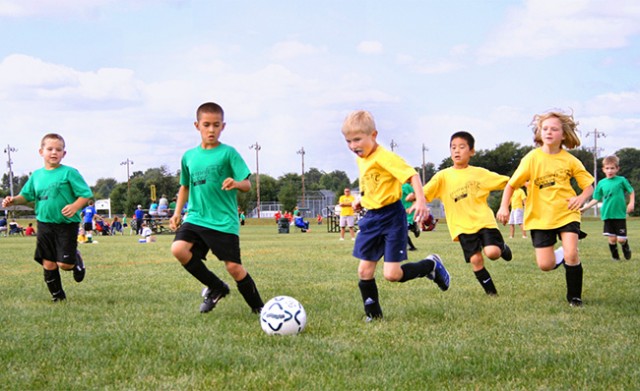 Fit children whose fitness improves during childhood and adolescence have better lung function as young adults, according to a University of Otago-led study.

Good lung function in early adult life is believed to lower the risk of developing chronic lung disease later in life, but, until now, there has been very little evidence that childhood fitness had any bearing on adult lung function.

Chronic lung diseases, such as chronic obstructive pulmonary disease (COPD), are a leading cause of global ill health and, with an ageing population, this is projected to get worse.

The new study, just published in the European Respiratory Journal, provides early evidence that keeping children fit could help reduce the burden of lung disease in the future.

Lead researcher Professor Bob Hancox, of the Dunedin School of Medicine’s Department of Preventive and Social Medicine, says: “We know very little about the links between physical activity, fitness and lung growth. This is a difficult topic to research because following children over many years is expensive and time consuming.

”This study shows that children who are physically fit go on to have better lung function as young adults. We think that this could reduce the risk of them developing chronic lung diseases as they get older.’’

The research included a total of 2,406 children, combining a study of 1,037 children in Dunedin, and a second group of 1,369 in Odense, Denmark.

These two groups represent the largest published studies that have objectively measured fitness and lung function through childhood, adolescence, and early adulthood.

The Dunedin Study used a cycling test at ages 15, 26, 32, and 38 to estimate fitness from the heart rate response to exercise. In the Odense group, aerobic fitness was tested at ages 9, 15, 21 and 29 using an exercise bike to see how much exercise each person could do before they were exhausted. Lung function tests were done at the same ages in both studies.

The results show that fitter children had better lung function and the more their fitness improved during childhood, the greater their lung capacity when they reached adulthood.

The link between lung function and fitness remained after the researchers took account of factors such as height, weight, asthma, and smoking. The results also showed a stronger effect in boys than girls.

"We don’t know why fitness and lung function are linked but one explanation could be that fitter people have better respiratory muscle strength as well as other muscle strength,’’ Professor Hancox says.

The two studies are ongoing and researchers hope to collect data on fitness and lung function as the participants get older. This will allow them to see if the effect of childhood fitness on lung function persists, and whether fitness can indeed protect against lung disease.

"We need to keep studying these people to find out whether the association between fitness and lung function continues into later adulthood. If it does, improving and maintaining fitness could translate into important reductions in chronic lung disease.

“In the meantime, this provides another reason to make sure our children get fit and stay fit. Exercise and fitness are good for our bodies and this appears to be true for our lungs as well as other aspects of health,’’ he says.