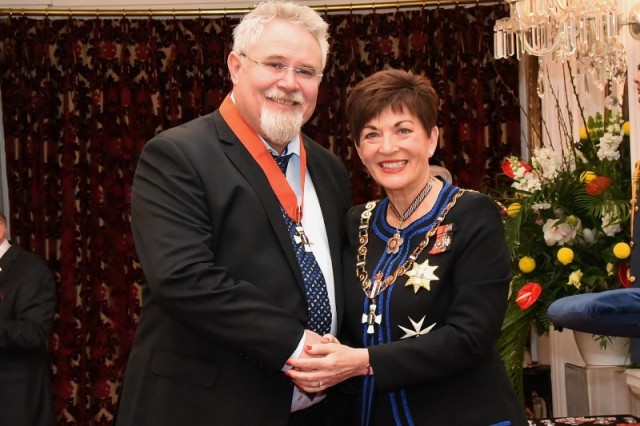 Helping answer some of the fundamental questions about what it means to be human is something the University of Otago's Prof Richie Poulton never gets tired of.

Prof Poulton (54) was recognised for his contribution to social science. He has served on many government, public and academic statutory bodies, and as a consultant internationally.

However, he is best known as director of the influential Dunedin Multidisciplinary Health and Development Study.

The study, known to most as simply the Dunedin Study, follows the lives of 1037 people born between April 1972 and March 1973 at Queen Mary Maternity Hospital.

It has produced more than 1200 publications and reports, many of which have influenced or helped inform policymakers in New Zealand and overseas.

Prof Poulton said that after more than 20 years working on the Dunedin Study, it continued to be a ``thrill''.

"It's a world-class project and it's a thrill to be involved in something that is cutting edge.''

The very thing that made results from the Dunedin Study so interesting to the public was what kept him interested.

"It's about all of us, it's about what it means to be human ... in all its wonderful variety, ranging from superb to terrible.''

He was surprised when he found out, as he had thought recipients would probably be given a heads-up by those who nominated them.

"Stunned mullet wouldn't be too far from the truth.''

He also thought of his family and his father.

" My mind went straight to thinking about my dad, who died 20 years ago at a young age.

He wished to acknowledge Dunedin study participants and also his friends and family, who kept him grounded.

He was pleased he had been recognised for the work he had done to communicate research findings to the public and policymakers.

"You can't just produce information and just sit there; you've got to actually get out there and promote it and explain it.''

He knew research from the Dunedin Study had made a difference, which he had seen through his role as a part-time science adviser to the Ministry of Social Development.