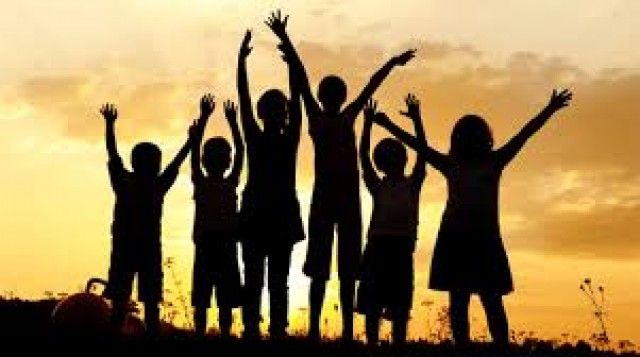 A small segment of the population accounts for a disproportionate share of costly service use across a society’s health care, criminal justice, and social welfare systems – and paediatric tests of brain health can identify these adults as young as age three, new findings out of the University of Otago’s Dunedin Multidisciplinary Study suggest.

The Dunedin Study is an internationally renowned research programme that has followed the progress of 1,000 children born in Dunedin, New Zealand in 1972-73, from birth to midlife. The latest findings are newly published in the international journal Nature Human Behaviour.

With Study members’ permission, the research team analysed government administrative databases and electronic medical records. The team, which included Dunedin Study Director Professor Richie Poulton, found that nearly 80 per cent of adult economic burden can be attributed to just 20 per cent of the Study members.

The researchers determined that this “high cost” group accounted for 81 per cent of criminal convictions, 66 per cent of welfare benefits, 78 per cent of prescription fills and 40 per cent of excess obese kilograms.
Professor Poulton says that they also found that members of this group can be identified with high accuracy when still young children.

At age three, each Study member took part in a paediatric examination that included a neurological evaluation and assessments of verbal comprehension, language development, motor skills, and social behaviour. Looking back at the test results, the team found that scoring poorly on these tests was a good predictor of going on to be in the “high cost” group.

“We also found that members of this group tended to have grown up in more socioeconomically deprived environments, experienced child maltreatment, scored poorly on childhood IQ tests and exhibited low childhood self-control,” he says.

Professor Poulton says that the strong connection between early-childhood development and costly adult outcomes underscores the need for preventive health and education programmes for children and families.

“Those working in social services have long observed that some individuals use more than their share of services, but this is the first evidence that the same group of individuals feature in multiple service sectors and that they can be identified as young children, with reasonable accuracy,” he says.
In their paper, the researchers write that they “are aware of the potential for misusing these findings, for stigmatising and stereotyping. But there is no merit in blaming a person for economic burden following from childhood disadvantage.”

Instead, tackling the effects of childhood disadvantage through early-years support for families and children could benefit all members of a society by reducing costs.

The Dunedin Multidisciplinary Health and Development Research Unit received funding for the study from the Health Research Council of New Zealand and the New Zealand Ministry of Business, Innovation and Employment (MBIE).

ARTICLE: Childhood forecasting of a small segment of the population with large economic burden
The Dunedin Study research team reports that a small segment of the population accounts for a disproportionate share of costly service use in a society’s health-care, criminal-justice, and social welfare systems, and that these adults can be identified as young as age 3 years by paediatric tests of brain health. These findings are based on a study that followed birth cohort of 1,000 children born in one city, from birth to midlife. The strong connection between early-childhood development and costly adult outcomes underscores the need for preventive health and education programs for children and families.

(1 )Using nationwide government administrative data bases and electronic medicalrecords, we found that a small number of individuals accounted for a disproportionateamount of costly services in different health-care, criminal-justice and social-welfaresystems. These findings about the concentration of social costs resemble the Paretoprinciple (named after the Italian economist, Vilfredo Pareto), which maintains that 80 percent of the ‘resources’ in a given system are attributable to 20 percent of the ‘users’.

(2) Across multiple different service sectors, we identified a high-need/high-costgroup in the cohort of 1000 individuals we studied. This group made up only 22% oftheir age cohort, but they left a big footprint on costs of service delivery. By midlife,this small group was convicted for 81% of the crimes charged to the cohort; had filled78% of all prescriptions for pharmaceutical drugs; accounted for 77% of the years inwhich their children were growing up fatherless; had received 66% of the cohort’swelfare benefit payments; occupied 57% of their cohort’s nights spent in a hospitalbed; smoked 54% of the cohort’s tobacco cigarettes; carried 40% of the cohort’skilograms of obese weight; and made 36% of injury insurance claims.

(3) The high-need/high-cost group of adults could be identified as young as age 3years on the basis of their ‘brain health,’ a summary index derived from a briefpediatric examination that included a neurological evaluation and assessments ofverbal comprehension, language development, motor skills, and social behaviour.

WHY ARE THESE FINDINGS IMPORTANT?

(1) The new findings suggest that the importance of childhood risks for poor adultoutcomes has generally been underestimated. It is not news to service-deliveryprofessionals that some individuals use more than their share of services. What isnews is that the same group of individuals features in multiple service sectors and thatthese high-need/high-cost individuals can be identified as young children, withreasonable accuracy.

(2) To know whether early-years intervention can lift health and social wellbeing andreduce taxpayer costs we need to know how strongly early-years risk factors are tiedto adult outcomes in the population. The strong connections uncovered in this studybetween brain health and economically burdensome outcomes encourage nations toinvest in their so-called grey-matter infrastructure.

(1) We are aware of the potential for misusing these findings, for stigmatising andstereotyping. But there is no merit in blaming a person for economic burden followingfrom childhood disadvantage. Instead, ameliorating the effects of childhooddisadvantage through early-years support for families and children could benefit allmembers of a society by reducing costs.

(2)Our research is based on only one cohort in one part of the world, and needs to bereplicated.

PARTICIPANTS: Participants were members of the Dunedin Longitudinal Study, an investigation of the health and behavior of a representative cohort of 1037 consecutive births between April 1972 and March 1973 in Dunedin, New Zealand. This birth cohort’s families represented the full range of socioeconomic status in the general population. Follow-ups have been carried out at ages 3, 5, 7, 9, 11, 13, 15,18, 21, 26, 32, and most recently 38, when 95% of the living cohort members took part.

1.Social welfare benefit months. We obtained information about receipt of socialwelfare from the New Zealand Ministry of Social Development (MSD). (The cohortaccumulated 24,997 months of welfare payments.)

4.Excess obese kilograms. We measured excess weight as the total number ofkilograms beyond a BMI > 30, the recognized cut-off for obesity. (The cohort carried2,924 kilograms of excess weight.)

8.Convictions for crime. We obtained information about criminal convictions bysearching records available to the New Zealand Police containing details of all NewZealand convictions and Australian convictions communicated to New ZealandPolice. (The cohort had 2,141 convictions for adult crimes (excluding routine trafficoffenses), beginning at age 15.)

MEASURING EARLY CHILDHOOD DEVELOPMENT: At age three years, each child in the study participated in a pediatric examination that included a neurological evaluation and assessments of verbal comprehension, language development, motor skills, and social behaviour. This yielded a summary index which we call “brain health.”

INDIVIDUALS WHO CAN COMMENT ON THE NEW RESEARCH (individuals not involved in the research):