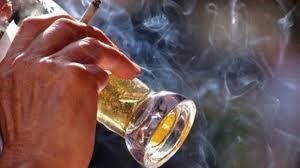 Young people who have a cigarette occasionally—even just at weekends— have almost four times the odds of becoming a daily smoker by their late 30s compared to their non-smoking peers, according to recent results from the Dunedin Study published in an article in the journal Nicotine & Tobacco Research.

The Study has tracked the smoking habits of its members, including those at 21 and 38 years of age. At 21-years-old, about 10% of the group said they usually smoked weekly but not every day.

“At age 21, these occasional smokers tended to think it would be easy to quit smoking, and while some of them did manage to quit successfully, many were still smoking by age 38 and around 13 per cent of them were smoking every day by that stage,” says Lindsay Robertson, the article’s lead researcher.

People who smoked occasionally also tended to think of themselves as a being a “non-smoker”. “Because they don’t smoke every day, they might think there isn’t much harm in having a cigarette now and then. But when you look at it over the long-term, the risk of becoming a regular smoker is certainly there,” says Miss Robertson.

The study also found that about a third of the 21-year-olds who were smoking five cigarettes or less a day became heavier smokers over the 17-year follow-up period.

This research was supported by the Health Research Council of New Zealand.