Method to measure pace of aging in young people developed 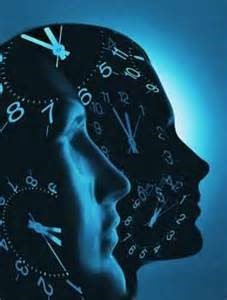 A new method to determine biological aging in people still in their twenties and thirties is the latest result to emerge from analysing data from participants in the Dunedin Multidisciplinary Study. Once refined, the method opens a new door for therapies that slow aging and help prevent age-related diseases before they occur, researchers believe.

Born in Dunedin in 1972-73, the more than 1,000 Study members have been tracked from birth to the present. During this time, Interviews and other assessments have been conducted on a regular basis, and a large number of health measures—including blood pressure, white blood cell count, liver and kidney function— have been taken.

In a paper appearing in the Proceedings of the National Academy of Sciences in the week of July 6, a team from the US, UK, Israel and New Zealand unveil a panel of 18 biomarkers that can be combined to determine whether people are aging faster or slower than their peers.

Dunedin Study Director, Professor Richie Poulton, says when the 18 measures were assessed together in Study members at age 38, they were able to set ‘biological ages’ for each person. In contrast to their chronological ages, these ranged from under 30 to nearly 60 years.

The researchers then went back to look at the individuals’ same measures at age 26 and 32.

After drawing a slope for each variable, the team added the18 slopes for each member to determine that individual’s hidden pace of aging while they were still young on the outside.

“As we expected, those who were biologically older at age 38 also appeared to have been aging at a faster pace. A biological age of 40, for example, meant that person was aging at a rate of 1.2 years per year over the 12 years the study examined,” Professor Poulton said.

They found that individuals who were aging more rapidly were less physically able, showed cognitive decline and brain aging, reported worse health, and looked older. The latter was based on Duke University students’ judgement of relative age based on study members’ facial photographs.

Professor Poulton says that being able to detect accelerated aging at an early stage paves the way for applying therapies that slow aging and lessen age-related ailments.

“Currently, we are largely stuck in an ‘ambulance at the bottom of the cliff’ situation. And by 2050, the world population aged 80 years and over will approach 400 million people, so we are facing an enormous global burden of disease and disability unless we can extend healthy lifespans.”

First author of the paper, Dan Belsky, an Assistant Research Professor at Duke University’s Center for Aging, says the methods outlined in the article are merely a proof of concept to show that it is possible to see an aging trajectory by combining multiple measures.

“The time is right for this kind of multi-factorial way of measuring the aging process, but the measures and methods will have to be refined to be “better, faster and cheaper,” Dr Belsky said.

The ultimate goal, of course, is to be able to intervene in the aging process itself, rather than addressing killers like heart disease or cancer in isolation, he says.

“Aging itself has to be the target to prevent multiple diseases simultaneously, otherwise it’s a game of whack-a-mole.”

The 18 biomarkers used in the study were:

The paper reports on 954 of the original 1,037 Dunedin Study subjects. Thirty had died by age 38: 12 by illnesses such as cancer and congenital defects, 10 by accidents, and eight by suicide or drug overdose. Another 26 did not take part in the study at age 38. Twenty-seven subjects had insufficient data to be included.