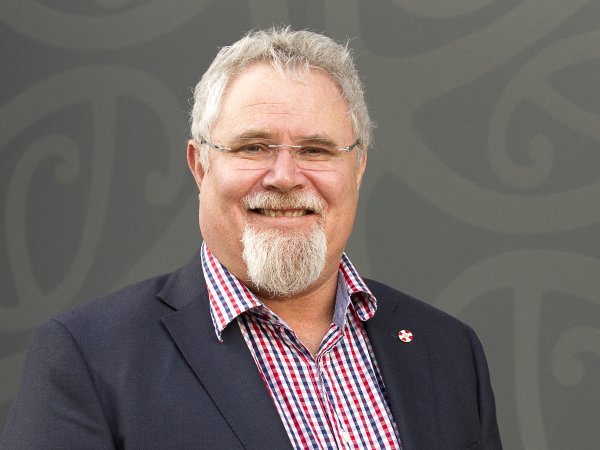 After completing his Postgraduate Diploma in Clinical Psychology and Masters Degree in Science from the University of Otago, Richie worked as a clinical psychologist before embarking on a PhD. In 1995 he was awarded a PhD in Psychiatry from the University of New South Wales, Sydney, Australia. In the same year, he took up the position of Deputy Director of the Dunedin Multidisciplinary Health and Development Research Unit until 1 January 2000, when he became Director.

In 2006, Richie was appointed Research Professor and awarded a Personal Chair by the University of Otago in the Dunedin School of Medicine. In 2014, Richie was appointed as inaugural Chief Science Advisor to the NZ Ministry of Social Development (part-time) and in 2018 Chief Science Advisor, Minister for Child Poverty Reduction, both roles he performed until July 2021 in addition to his other duties. In 2015, he became Professor in the Department of Psychology.

Richie established (in 2007) and became co-director of the National Centre for Lifecourse Research, a research centre based at the University of Otago in Dunedin, but with partners located at universities across New Zealand and around the world. He also founded (in 2011) and directed the Graduate Longitudinal Study, New Zealand, a study of outcomes of graduates from eight New Zealand universities. He continues to co-direct this study.

Richie serves on many NZ government, public and academic statutory bodies, and is a consultant internationally.His major areas of interest and research are developmental psychopathology, gene X environment prediction of complex disorders, and psychosocial determinants of chronic physical disease.  He has published 250+ peer-reviewed scientific papers, with many appearing in leading international journals, and he maintains numerous international research collaborations.

In 2014, he was named as a Highly Cited Researcher by Thomson-Reuters (one of only four New Zealanders so designated) and again in 2015, 2016 and 2017. He was also listed in 2014 and 2015 World’s Most Influential Scientific Minds, Thomson-Reuters.

The Prime Minister's Science Prize in 2016 was awarded to the Dunedin Mulitdisciplinary Health and Development team, led by Professor Richie Poulton.

Richie was appointed Companion of the New Zealand Order of Merit (CNZM), in the Queen's Birthday Honours List in 2017.